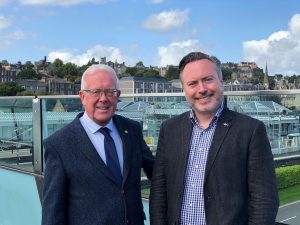 Many universities have reported that they are running at a financial deficit to the tune of millions of pounds.

The Scottish Government has announced a £75 million one off fund to help support research in universities, replacing funds that may have been lost due to the crisis.

This week, Bruce Crawford raised the issue of support for universities in Holyrood, with the Finance Secretary confirming that discussions were taking place between the Scottish Government and the UK Treasury to try to secure the relevant funds to support universities.

“These are incredibly challenging times for everyone, but I know what negative impact this is having on our universities.

“Scotland is home to world-class universities and they need to be protected. I welcome the initial £75 million in funding announced by the Scottish Government, this will really help the research element of our universities, but more needs to be done by the UK Treasury to ensure that the wider financial issues are addressed.”

Alyn Smith – who has joined the All Party Parliamentary Group on Universities – added:

“The Scottish Government has announced new funding for our universities to address the financial strain they’re under. The UK government now needs to get serious about the situation these institutions find themselves in.

“The University of Stirling is known across the world for its work in sports, economics and medicine – to name just a few areas. They will seriously have to consider severe redundancies and course closures if they do not get the support that they need.

“The UK Treasury must now follow the Scottish Government example, release the funds to enable that support and protect Scotland’s universities amid this crisis.”