The Kerse Road Bridge has finally re-opened – on budget and ahead of schedule.

With improved vehicle lanes, the slightly elevated bridge allows for the space required for the electrification of the railway line underneath. 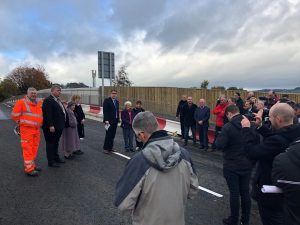 This project is part of a major investment to electrify the rail lines connecting Stirling, Dunblane and Edinburgh. 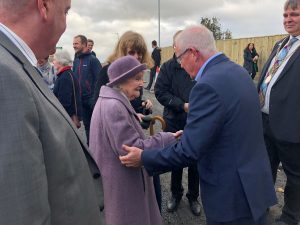 The Bridge was opened by 100-year-old Stirling resident, Mary Cooper. 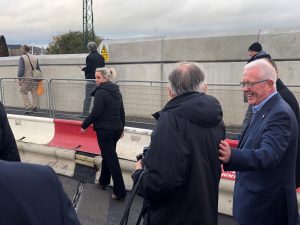 “What a fantastic achievement. The new Bridge has been a major undertaking in terms of infrastructural development – and for it to be open to traffic early is great news.

“This is part of the biggest improvement to Scotland’s railway system in decades. It allows for the railway line to be fully electrified, making way for larger, faster and greener trains.” 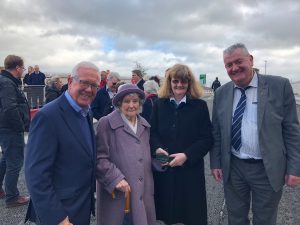 “People in Stirling have been patient over these past few months, as the Bridge closure has meant diversions through other parts of the City. However, the wait has paid off.

“Those involved in the construction of this Bridge have done a fantastic job and I am delighted that it is now open for business.” 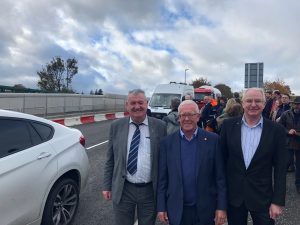 “There were some understandable concerns about how the closure of the Bridge whilst it was dismantled and rebuilt would impact on the City Centre. However, I am delighted that it is back and open for business in time for the Christmas rush.

“The closure has caused some inconvenience for residents and businesses. However, I’m grateful for their patients as these important works took place.”