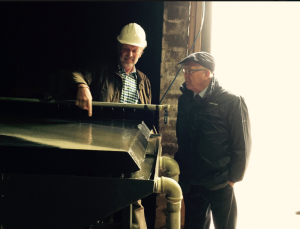 Coronish Gold Mine has been granted full planning permission for gold mining operations following a decision from Loch Lomond and Trossachs National Park.

Scotgold intend to extract half-a-million tonnes of mineral ore from 170,000 tonnes of rock over the next 17 years.

The developer has said that it is convinced that it will meet the highest environmental standards and will be a significant boost to the local economy in Tyndrum.

The firm has offered nearly half-a-million pounds in payments to support the local community and it is expected the operation could create as many as 52 local jobs.

“This is a golden opportunity for the local area and I am delighted that the mine now has full planning permission.

“I was honoured to attend the official opening of the mine in 2016 and it was clear that the potential benefit to the local community was substantial.

“With full permission granted, Tyndrum’s Midas touch is now able to continue for many prosperous years to come.”