Stirling MSP Bruce Crawford, who has been heavily involved in the local campaign, has praised residents in Kippen who have today won the case for the village to be a 20mph zone.

Mr Crawford has worked closely with the former-Community Council, the Parents Council and Kippen Primary School in taking the case to Stirling Council. 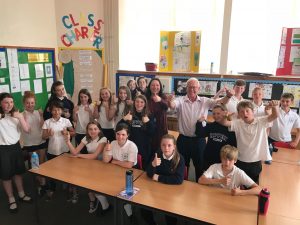 Confirmation from Stirling Council came following a petition of over 220 signatures in support of reducing the speed limit throughout Kippen. 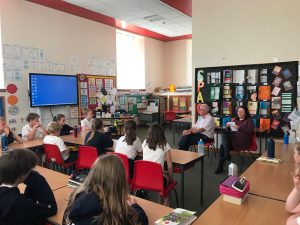 The Council have accepted the case, and have indicated that funding has been made available in this year’s budget, meaning that the necessary works to convert Kippen into a 20mph zone for traffic will be carried out this financial year.

“This is a win for the local community, who have worked tirelessly to secure safer roads throughout their village.

“From meeting with local Community Councillors, to speaking to local parents, and being sent a campaign video, made by the Primary 7 class, this has truly been a campaign with a diverse array of support across Kippen.

“The spirit of the community has been a demonstration of what can be achieved when local people work together for a common cause, and I am thoroughly delighted with this outcome.” 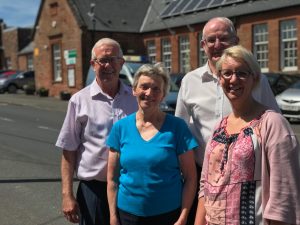 “The case has been made and officers are happy to proceed with making Kippen village a 20mph zone. Funding has been made available through the Council’s budget to pay for appropriate traffic regulation order advertisement. Residents will be pleased to know that this is now due to be carried out during this financial year.”

“Local residents were clearly concerned about traffic safety through the village and mounted an impressive campaign. Today’s outcome is great news for the village and all those involved and I would like to thank them for all of their work.”