Stirling MSP Bruce Crawford has renewed SNP calls to halt the system of Universal Credit until its fundamental flaws can be fixed, following the revelation that more than 400 people were referred to Start Up Stirling food bank last year – a record high number. 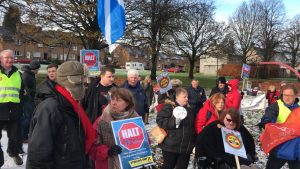 Universal Credit was fully introduced for all new claimants in the Stirling area in summer last year, and the impact of delayed first payments alongside a complicated and non-inclusive system has included a sharp spike in food bank referrals.

Stirling Council confirmed last year that there had been an increase in food bank referrals – attributing this to the full roll out of Universal Credit. The local authority also cited Universal Credit as the cause for an increase in crisis grants being given out and for a sharp rise in rent arrears for Council properties – which now sits at well over £100,000. 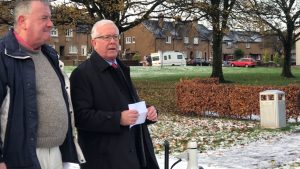 “As if there was any further evidence needed on the detrimental impact that Universal Credit is having on families in my constituency, the record number of food bank in Stirling referrals last year speaks for itself about the undue hardship being put on people by this broken system.

“Far from supporting people into work, Universal Credit is a broken system that is taking away the support that people need just to feed themselves and their families.

“In response to this, I’d reiterate my calls, and the calls of my SNP colleagues, for the system of Universal Credit to be halted and for there to be no further rollout until Tory Ministers fix the fundamental flaws that are causing so many of my constituents to face real hardship.”

£159,200 paid to families in Stirling from Scottish Winter Hardship Fund

1592 families in Stirling have received a £100 COVID winter hardship payment to support them through one of the most difficult winters in living memory. New figures show that the SNP Government provided support to Read more