Stirling Council have confirmed that current PFI and PPP contracts are set to cost the Stirling taxpayer almost £400 million over the remainder of their lifetime.

This includes the Balfron High School PFI contract which is due to end in the financial year 2026/27 and is set to cost another £28.9 million itself.

Balfron High was partially closed in 2016 due to structural defects where missing wall ties had been exposed due to damage sustained by poor weather.

Other PPP Stirling Schools contracts that Stirling Council have previously been entered into are due to last up until 2039/40 and are due to cost another £328.7 million. 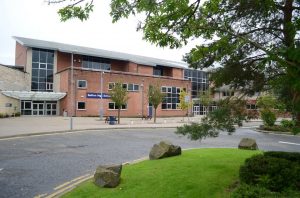 Balfron High, a PFI contract school that was partially closed due to structural defects in 2016

Already, Stirling Council budgets are forced to pay over £16 million each year for these contracts.

The SNP consistently opposed PFI and PPP at the time, however the contracts were awarded under Labour despite concerns being raised.

“Labour’s toxic legacy of PFI and PPP deals continue to cause a devastating strain on local public finances.

“The credit-card economics of PFI and PPP were invented by the Tories and continued by successive Labour Governments in Westminster and in Scotland – and it is my constituents who are set to pay the price.

“Despite having already paid an eye-watering £132 million on these deals, the Stirling taxpayer is set to spend another £358 million over the duration of the lifetime of these contracts.

“This is a heavy burden that has to be included in every single Annual Budget that Stirling Council produces. This is money that local residents would rather see spent on home care services and fixing potholes in our roads, for example. Instead, our local authority is chained to these deals until 2039-40 at the very least.”