In a series of votes on Tuesday, MPs overturned a number of amendments made by the House of Lords to the UK Government’s EU Withdrawal Bill.

The Scottish Parliament voted to reject legislative consent to the Bill for the first time in its history, on the basis that it threatened the devolution settlement.

The EU Withdrawal Bill takes powers over agriculture, fishing, environmental matters and food standards – that are devolved to Holyrood – and places them in the hands of Westminster.

Labour MPs abstained on the vote relating to devolution.

Stirling MSP Bruce Crawford convenes the Finance and Constitution Committee in the Scottish Parliament, which recommended that MSPs do not grant consent to the UK Government Bill on the basis that it “is not compatible with the devolution settlement”. 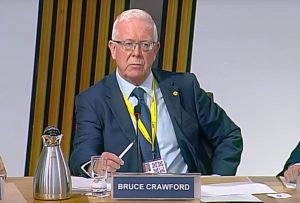 “This is the first time that the wishes of the Scottish Parliament have been ignored by Westminster in this way – and the first time since devolution that such a power grab has taken place.

“MSPs of all parties – except the Tories – voted to reject the Tory Brexit Bill on the basis that it damages the devolution settlement.

“Scotland is being denied the powers that it should have, this is an affront to our country’s democracy.”