Whilst the political pantomime at Westminster over Brexit unfolds, here in Scotland, the SNP Government continues to deliver stability and investment for our communities and public services.

For instance in last week’s Scottish Budget, Finance Secretary Derek Mackay filled the stockings of vital public services, including an extra £730 million for Scotland’s NHS – which remains the best-performing health service in the UK. That means that NHS Forth Valley will see an increase in its budget of £20.2 million – or 4%. 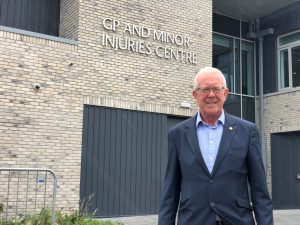 £20.2 million increase in funding to NHS Forth Valley

It is a budget will invest in Scotland’s future generations. £500 million of investment will deliver the expansion of early learning and childcare, and £120 million will go straight to headteachers so that they can make informed decisions about how best to close the attainment gap in our schools. This will help to give every child the best education opportunities, no matter their background.

Indeed, our education system in Scotland is going from strength to strength. We now have the highest number of primary school teachers since 1980, and an all-time record number of school buildings across the country.

And the results that our young people are achieving speak for themselves. Most people being assessed under the Curriculum for Excellence are achieving their expected grade, based on their teacher’s professional judgement. And, at the end of their school career, we now have more people achieving Highers and going on to positive destinations (employment, modern apprenticeships, college or university).

The Scottish Government’s Draft Budget also invests in our local services, with direct funding to Councils being increased in real terms. Already, this year, combined additional funding between the Scottish Government and Stirling Council has seen £2 million extra being spent on fixing Stirling’s roads. This is in stark contrast to the years of neglect which we saw whilst the Tories were in charge of local finances for our area, and I look forward to further progress being made in coming years.

Importantly, the Scottish Government is raising the revenue needed to fund these commitments through the fairest income tax system in the UK. 99% of people in Scotland will not pay any more income tax next years as a result of this Budget, with only the top 1% paying slightly more.

Elsewhere, Scotland has just built it’s 80,000th affordable home since the SNP came to power in 2007. This means that we now have 50% more affordable homes, and five-times as many social rented houses per head of population than England.

Recently, Scotland was praised by former US Vice-President Al Gore for leading the way globally in reducing our carbon footprint and fighting climate change. Since the SNP came into Government in 2007, our carbon emissions have reduced from 97.7 million tonnes to 76.5 million tonnes. Clearly much room left for improvement, but great progress has been made to date.

It is the Scottish Government’s plan to increase the use of renewable energy resources (wind, hydro, wave, tidal, biomass, solar and geothermal), replacing damaging fossil fuels so that 100% of our gross annual electricity consumption is renewable by 2020. Already, our interim target of 50% by 2015 has been met, and we are making huge progress in order to achieve this.

In addition to this, the Scottish Government is investing in promoting the increase in demand and popularity for electric vehicles. This will help with our overall ambition to phase out petrol and diesel vehicles in Scotland by 2032. 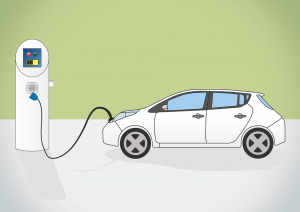 So whilst Westminster’s nightmare before Christmas has distracted much of the media’s attention, it is important to note that it is the SNP Government that is getting on with the day job of delivering for our country.

And with that, I would like to wish everyone a very Merry Christmas, and a Happy New Year.