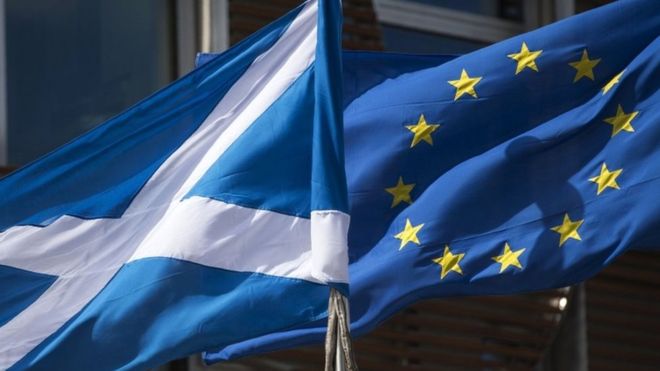 The UK economy looks set to shrink over the coming months, as businesses and economists warn of the economy “sliding into a deepening downturn” due to Brexit.

According to reports, output from the UK’s services sector – which accounts for the bulk of GDP – has fallen for the second consecutive month.

The drop in growth has been described as “a seriously worrying development,” and prompted warnings of a recession in the UK.

Analysis has consistently shown that any form of Brexit will be damaging for Scotland, with a recent report by Scotland’s top economic adviser revealing a No Deal Brexit could result in a recession worse than 2008.

“Scotland has seen its economy hold up well amid the Tories’ Brexit uncertainty in the past few months – with encouraging growth and low unemployment figures.

“Despite this, the Tories’ Brexit obsession risks thousands of jobs, and serious damage to our economy.

“Brexit – which Scotland did not vote for – is a clear and present danger to our economy, our communities and our public services.

“The Tories forced us into this mess, and have consequently become the anti-business party – putting an anti-jobs Brexit first at all costs, and refusing to compromise to avoid damage to the economy.

“Throughout this Brexit process, the Tories have threatened to take us over an economic cliff edge.

“The only way to protect our economy and our vital national interests is to stop Brexit. Failing that, we must be able to remain in the single market, which is around eight times bigger than the UK market alone, and customs union.”