In recent weeks, the Stirling area has seen some mother nature at her most spectacular. From hot summer days, to flash floods. It is a reminder of the power of the environment and the impact that it can have on our livelihoods when it turns.

For those who have been affected by recent flooding, I would urge you to get in touch with the Association of British Insurers, who may be able to offer helpful advice, and can be found online.

However, recent weather may tell us part of a wider story about climate change. We know that the continuation of greenhouse effect gasses being released into our atmosphere is affecting global temperatures, and that this in turn is resulting in more extreme weather phenomena.

The more we learn about how human activity is leading to the warming of our atmosphere, the more urgent we find the situation to be. As such, earlier this year, the First Minister declared a Climate Emergency, and committed the Scottish Government to undertaking the recommendations of the UK Committee on Climate Change’s report.

The Scottish Government now has a target, the most ambitious of its kind in the UK, of reducing greenhouse gas emissions to net zero by 2045. This will affect almost every area of government, business and will require for all of us to begin to think differently about how we use energy, and manage waste.

Of course, to achieve this target, we will need similar cooperation from the UK Government due to the fact that many areas where work is required to tackle climate change remain under the control of Westminster. Theresa May’s final commitment to the environment as Prime Minister saw her announce a UK Government target for emissions reduction to net zero being 2050 – a significantly less ambitious target.

Some people have contacted my office, expressing a wish to see these targets achieved on a much smaller timescale. Whilst I am deeply sympathetic to this view, and would personally like to see us eradicate our detrimental impact on the environment much sooner, the Scottish Government has set an ambitious target, but also must be pragmatic and mindful of what can realistically be achieved.

In managing to achieve our 2045 target, the Scottish Government has introduced a wide-ranging conversation to encourage members of the public to share their view about what can be achieved and what we should be doing to tackle climate change. The Big Climate Conversation has been launched by the First Minister, with consultation events taking place around the country. In Stirling, there will be an event held in the Stirling Engine Shed, on 24 July at 1pm with the specific aim of engaging local young people in this important conversation.

The purpose of this exercise is to establish what changes people in Scotland are willing to make in order to help us reach net zero of greenhouse gas emissions. And I would encourage young people across the area to get involved with this event.

The SNP Government has made huge progress in this area. Last month, the Transport Secretary announced more than £20 million of additional funding to help the rollout of electric vehicle infrastructure, the Housing Minister has recently announced £17.6 million of loan funding to help homeowners make their houses more energy efficient, and recent figures have told us that in the first quarter of 2019, Scotland produced enough renewable energy to fuel 88% of Scottish households for a whole year.

Nobody denies the scale of the task ahead, but we owe it to ours and future generations to repair the damage made to our environment. Our record shows what can be achieved in tackling climate change, and by working together, we can take on these challenges and help to heal the only planet that we will ever call home. 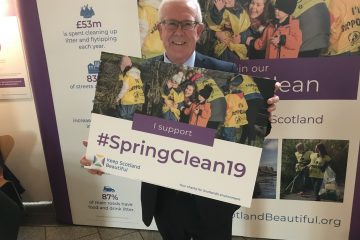 Stirling MSP Bruce Crawford met with representatives of Keep Scotland beautiful in parliament this week to discuss their Spring Clean 2019 campaign.   Clean Up Scotland is the national campaign to build community pride and Read more 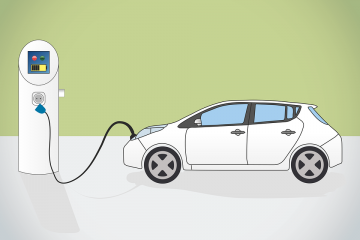 Rise in electric and ultra-low emissions vehicles in Stirling

SNP MSP Bruce Crawford has welcomed the news that the Stirling area has seen a significant rise in the number of ultra-low emission vehicles (ULEVs) since 2017.   Figures released by the Department of Transport Read more 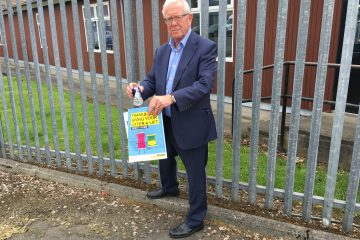 Stirling MSP Bruce Crawford is encouraging local residents to take their litter home, instead of leaving it in the street or at a roadside. The call comes in support of Keep Scotland Beautiful’s Give Your Read more