The United Nations special rapporteur on extreme poverty and human rights has published his findings following an investigation into poverty across the UK – and the results are of a shameful legacy from this Tory Government.

The report itself has found that Tory austerity has inflicted misery upon millions of citizens across the UK.

According to the UN, the UK Government has violated its obligations to human rights across these islands through their sustained and widespread cuts to social support.

Despite the United Kingdom economy boasting itself being the fifth largest in the world, a staggering one-fifth of its population lives in poverty.

No developed economy should have its citizens experience destitution, yet 1.5 million people in the UK suffered exactly that in 2017.

On top of this, the UK government-issued State Pension is amongst the lowest in the developed world. At around £150 per week here in the UK, weekly state pensions in France are £304, Germany are £507 and Spain are £513.

The author of the report, Professor Philip Alston, described the Tories’ austerity approach and how it has impacted on poverty and inequality across the UK by saying:

“The bottom line is that much of the glue that has held British society together since the Second World War has been deliberately removed and replaced with a harsh and uncaring ethos. A booming economy, high employment and a budget surplus have not reversed austerity, a policy pursued more as an ideological than an economic agenda.”

Meanwhile, devolved administrations in Scotland and Wales are working flat out to mitigate what they can in terms of cuts to welfare and other areas of public spending.

Here in Scotland, the Scottish Government provides crisis grants to those who are being sanctioned by the DWP, and has eradicated the Tory Bedroom Tax.

In last year’s Scottish Budget, the SNP Government committed over £125 million into mitigating the worst of the Tory Government’s welfare cuts.

As the UN report has pointed out, this is not a sustainable model considering the rate in which the UK government has been cutting welfare spending.

Every pound of Scotland’s money spent on offsetting Tory cuts means that it is not being spent on other areas like local government, fixing our roads or building new schools and hospitals.

By 2021, the UK government will have cut £3.7 billion from Scotland’s social security annual spend. This is at a time when the block grant that the Scottish Parliament receives has been reduced by £2 billion a year due to Tory austerity.

And, to add insult, Tory ministers have taken to blaming opposition parties for trying to obstruct their dismantling of social security, they’ve blamed the media for how it’s been reported, and they’ve blamed members of the public for failing to understand the changes that they have made.

But it doesn’t need to be this way. New figures have shown that Social Security Scotland – the Scottish Government’s welfare agency – has made almost £200 million of welfare payments in the first year. This has been achieved with the limited powers we have devolved to us over welfare; and first reports have shown a 100% satisfaction rate with the new agency.

Scotland is demonstrating that there is a different way to manage social security and poverty in our country – and that’s with the limited powers that we have on welfare. Just imagine what we could achieve if we had full control over welfare and our economy. 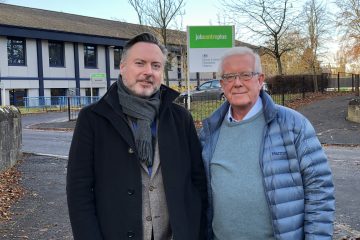 Stirling SNP MSP and SNP candidate for Stirling Alyn Smith MEP have hit out at Tory welfare reforms following the revelation that almost 12,000 people in the Stirling area have received a Crisis Grant from Read more 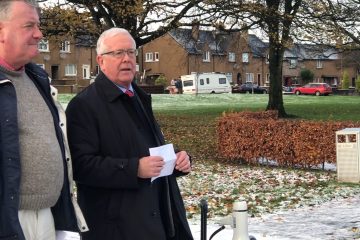 Stirling MSP Bruce Crawford has hailed the Budget announcement from Finance Secretary Derek Mackay of £435 million in interventions on social security.   As part of the SNP Government’s Draft Budget for this coming year, Read more 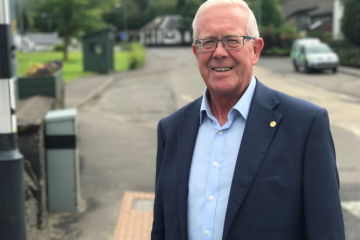 BLOG: UK State Pensions are the lowest in the developed world; Scotland can do so much better

For publication in the Stirling Observer, 14 November 2018 By Bruce Crawford MSP   The UK Chancellor’s Budget has rightly been criticised on a number of fronts. From a failure to fix the broken Universal Read more