First published in the Stirling Observer 23rd May, 2018. 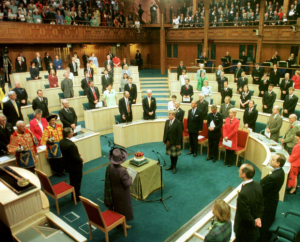 The Scottish Parliament was reconvened in 1999

But the re-convening of a Scottish Parliament in 1999 was a special moment in Scotland’s history. With the very limited powers we had back then, it was an opportunity to shape a different path in a number of areas.

Of course, further devolution has seen yet more powers come to Holyrood. We now have the power to build a fairer system of income tax and the recently passed Social Security Bill will ensure that Scotland build a welfare system that has dignity and compassion at its heart.

However, all of this is being threatened by the UK Tory Government’s Brexit Bill.  But why is that?  Well the very nature of devolution ensures that the Scottish Parliament has responsibility over every area unless it is explicitly listed as reserved to Westminster in the original Scotland Act. This includes a number of powers that we work with the European Union on, which includes farming, fishing and food standards.

If the UK leaves the EU, those powers would automatically become the sole responsibility of the Scottish Parliament. But the Tories have a different idea – they want to seize these powers for Westminster and have used their Brexit Bill to do so.

And this is important because US trade representatives are keen to dispense with important food name protections which protect the reputation and quality of Scottish products, including Scotch Whisky, Scotch Beef and Lamb, and Stornoway Black Pudding. 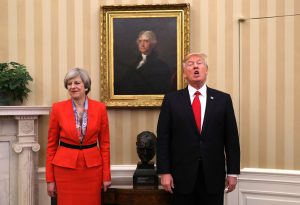 With the UK Government desperate to secure a trade deal with the US, Scotland would be unable to prevent these protections on food standards from being undercut if it signed up to the Tories’ power-grab. – showing exactly why it is vital for the UK government to end its attempts to take important powers away from the Scottish Parliament.

For the first time since the Scottish Parliament was re-convened in 1999, a UK Government is attempting to take powers away from Scotland. As a result, the cross-party Finance and Constitution Committee that I Convene at Holyrood unanimously agreed that the particular Clause in question of the Brexit Bill is “not compatible with the devolution settlement.” 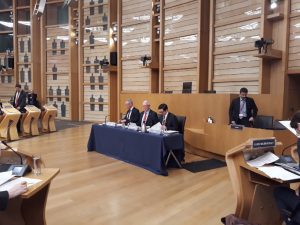 The Brexit Bill was brought before the Scottish Parliament, as it requires consent from MSPs, and refusal to grant consent to the UK Government’s Brexit Bill was backed by all MSPs of all parties – except the Tories.

This was a historic moment and was a decision that I know that no MSP took lightly.

The ball is now in the UK Government’s court. Either they listen to and respect Scotland’s democratically elected parliament, or they don’t.