First published in the Stirling Observer on 5th September, 2018

An estimated 45,000 people poured into the City of Stirling over the weekend of Runrig’s last ever gig on the City Park event field. The additional footfall to our City has brought an estimated £7.25 million boost to our local economy, directly benefitting local shops, pubs, cafes, restaurants, and tourism businesses. It was a great weekend for Stirling, and I hope that it is the first of many major events to take place in such a great location. 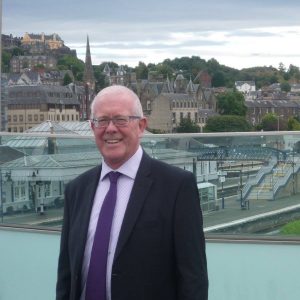 There are severe economic challenges facing the UK, but Stirling is prospering better than most.

There has been some negative talk recently – particularly stirred up by Tory politicians – about businesses in the Stirling City centre. Of course, it is unfortunate that we have seen a number of premises close in recent months – as the nature of our economy evolves so do the pressures that businesses experience. 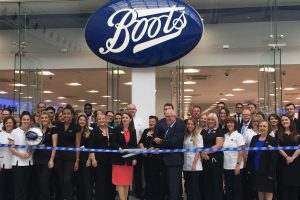 The new updated Boots store in Stirling, just one of many recent refurbishments and new-opens in the City Centre

But the reality is of course that Stirling is  following a UK trend where vacant premises have increased over the past seven years. However, contrary to what some  have been saying, official figures from Stirling Council have shown that Stirling has actually increased its occupancy during this time.

Indeed, the same report states that the rate of vacant units UK-wide is 9.2%, whereas the Stirling rate is just 6%. Yes, it is true some businesses are dealing with real challenges as a result of difficult trading  conditions, however Stirling is weathering the storm better than the majority of the UK – and continues to prosper.

Just 6% of business premises in Stirling are vacant – compared to the UK average of 9.2%

For instance, in recent months the City Centre has welcomed the new Allan Park Hotel, Hamilton’s Cheesecakes on Allan Park, the new White Ivy Champagne Bar on Viewfield Place, the new enhanced Boots opening in the Thistles, and Lawson’s Gin Bar on Baker Street. We have also welcomed the news that M&S and New Look in Stirling will not be part of national chain closures. In addition, coming months will see the former Sportsters open as a new Stirling Brewhemia or ‘Babybrew’, following huge investment into the building.

Instead of the constant talking down of the Stirling area, now more than ever we need to be talking up what our fantastic area has to offer. The Runrig concert demonstrated what Stirling can do right now, but it’s the future investment into the city and wider area where we will secure a new and exciting economic chapter for many years to come.

Scottish Government funding through the Stirling and Clacks City Region Deal is tailored to further expand on Stirling’s cultural and economic offering. Recently, I met with key officers from Stirling Council to discuss how the Scottish and UK Government investment of £90.2 million in total – will be used to benefit Stirling communities in coming years and we should all rightly be enthusiastic about the prospects that this will bring. 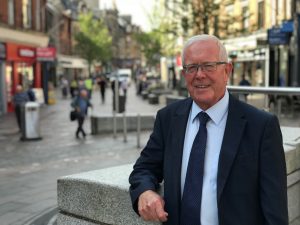 Now is the time to promote what our city can do, not talk it down.

We have now come to the end of a very hot and very long summer, and was one of the busiest holiday periods we have seen in terms of tourism visitors to our local area. The atmosphere across the entire area was buzzing, and having taken time to speak to individual businesses across my constituency over this period, I am pleased at how busy local shops, cafes and restaurants were with families of tourists enjoying their stay.

I have also heard from businesses, residents and visitors to the city centre of the impressive job our local police officers did under Operation Steadfast. Their increased visibility, particularly through evening periods, saw a decrease in reported crime in the city centre. This includes a 75% reduction in violent assaults, a 50% reduction in victim reported crime and theft by shoplifting was eradicated by a reported 100% drop based on last year.

This helped ensure that local residents and people visiting our area were made to feel safer whilst the number of people on our city centre streets increased – and I am grateful for the work they carried out.